If you think you are about to get a lecture describing the pitfalls of trading your hard-earned cash on the stock market, or even a litany on the health and safety risks that you run in a busy working studio environment (tho’ I might just do that one day), then you will be sorely disappointed.  No, this post is all about risking life, maybe even a lucrative career for the joys of being a ‘creative’.  Could you ‘hack’ it?

Sitting in the car outside the vet’s surgery (where I took this picture) with a poorly whippet waiting to be called in for our appointment is a moment to paws – sorry, pause!  I have been contemplating Jane’s ‘fear of failure’ message from my previous post.  This kind of fear can render us impotent before we have even begun.  In most cases it is more about fear of ‘exposing’ our failings that makes us fearful.  Artists learn to live with failure on a daily basis – it is part of the process that we go through to create art.  I prefer to think of it more in terms of having the courage to take risks.  And artists are some of the bravest people on the planet.  For some, as in Ai Weiwei’s case, (See previous post: Global Madness) it is about risking your freedom and knowing you are likely to be imprisoned for expressing yourself through your artwork.  Other artists place themselves in even greater personal danger and risk death – such as in a theatre of war – to produce their art.   At the opening of the Museum of Modern Art, New York City, May 10, 1939, Franklin D Roosevelt said “The arts cannot thrive except where men are free to be themselves and to be in charge of the discipline of their own energies and ardors.  The conditions for democracy and art are one.”

For the majority of us, however, even living in a ‘democratic’ world, the life of an artist is a precarious enough business at the best of times.  It is about knowingly risking a life of penury with occasional injections of cash to keep us afloat – if we are lucky.  Who in their right mind would choose to do that?  At the very least, it takes guts, commitment and above all, a divine faith.  There are many more professions that would provide a far more lucrative existence.  Some might say giving up a thriving B&B business to produce art – as we did last year – was utter madness. We just found the demands on our time and energy all-consuming. There was so much to do over the winter to catch up with things that we had no time for in the Summer, that our master plan to produce art in the lean winter months could never be realized.  Besides, the very thought of going into a freezing studio in the low-light-level short, dark depths days of winter is creatively numbing!

The decision to be an artist is for many of us not even a particularly conscious one.  It is something that we plug away at all our lives so that eventually, it becomes a way of life that we realise we just cannot live – meaningfully – any other way.  For a few lucky ones, this awakening happens at an early age, but for others it takes a lifetime to come to this realisation.  It is certainly something that doesn’t happen overnight.  Art is referred to as a ‘discipline’ for good reason.  There are no quick fixes, but dedication to your craft will always be rewarded in the end.  The real beauty of the process is that we can learn from our ‘failures’ by turning them into positives.  That is true progress, and applies to life in general.  I actively encourage my students to work through ‘mistakes’ by taking risks and going beyond what they initially thought was possible.  Unless you are willing to do that, there is nothing to be learnt from the experience.  The author, Tom Peters said: “Pursue failure.  Failure is success’s only launching pad.”  (Liberation Management 1992).  So Jane, I challenge you to embrace ‘failure’ wholeheartedly, and know that you are making even greater strides with every mark you make.  I refer to President Roosevelt yet again for his oft’ quoted: “….the only thing we have to fear is fear itself.”

As a footnote, take a look at this article by Robert Kelsey in the Royal Society of Arts journal about setting up a small business. 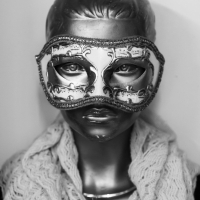